One million children in Mozambique are still suffering from the devastating consequences of cyclones Idai and Kenneth, that stroke the region respectively in March and April 2019. As the humanitarian situation is very concerning and the country’s future prospects are at stake, WakaWaka has donated 20,000 solar-powered lights and chargers that are currently being distributed by Save the Children in the most affected areas.

Four months have passed since cyclone Idai hit the coastline of Southern Africa. Yet the aftermath is far from being over. The tropical storm, one of the strongest to strike the region in decades, caused catastrophic damage in Mozambique, Zimbabwe and Malawi.

Mozambique was especially affected and suffered the worst humanitarian crisis of its history. A month later, the country got hit again by cyclone Kenneth. The two consecutive tropical storms left cities in ruins, inland villages submerged, and much infrastructure destroyed. Predictably, the poorest people in the region have been the hardest hit, being left with nothing.

The situation is especially worrying for children. Over 3,400 classrooms were damaged and hundreds more have been used as emergency shelters for the countless families displaced. As a result, more than 305,000 children have had their education interrupted. But education is rarely a core focus in emergency responses, even if it is critical that Mozambican youth doesn’t suffer any prolonged interruption in access to learning.

Following a traumatic event like a major cyclone, it is essential for a child to return to a sense of normality to secure its long-term development and prospects. Staying out of school for a long time after such a disaster is directly associated with a greater risk of child labor, early marriage, trafficking and other dangers.

An additional concern in low-income countries like Mozambique is that dropout rates are likely to escalate, hampering already very low school enrolment rates. Across the country, fewer than 20% of secondary-school aged children were enrolled in April. UNICEF warned that dropout rates could increase if families who lost properties or livelihoods after the cyclone are forced to send their children to work.

That is why WakaWaka teamed up with Save the Children to provide solar-powered chargers and lights to some of the one million children affected by the disaster throughout the country. Thanks to Nationale Postcode Lotterij Funding, 20,000 WakaWakas (initially stored in Dubai, ready for a quick delivery to any crisis waiting to happen) were donated to the NGO to complement ongoing education programmes.

Due to the massive destructions and floods, emergency response teams have been struggling to reach all the affected areas and set up education programmes there. So far, they managed to distribute more than 5,000 of them to vulnerable girls and boys often aged between 6 and 13 years old. A hundred teachers across 18 schools also received a lamp. 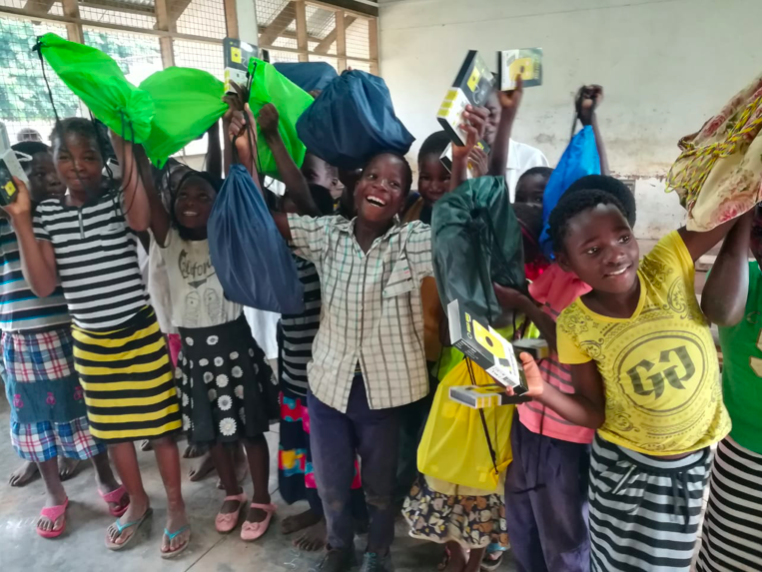 The distribution is still in progress, but we can already observe that the WakaWakas have restored the lost hope for so many children in the Manica province. Those living far away from learning centers found their way back to school now that they can navigate their way through the night. They can also do their homework in the evenings again and have a source of light when needed.

Save the Children reports that beneficiaries are delighted. Thomas, in 6th grade at Matarara primary school, shared with us his experience:

“I’m very happy with the WakaWaka solar lamps. After the floods, Save the Children appeared, offered me school supplies and a flashlight. This flashlight helps me a lot because now I can read and review the notes at night […] and brighten up the ways of returning from school. My family also benefits from the same lantern to brighten up the dining place at night. The lantern changed the conditions of my family life, thanks to the solar lamps last night we discovered a snake in the yard and my father used my flashlight. If it were not for my flashlight, that snake could have attacked someone in the family.” 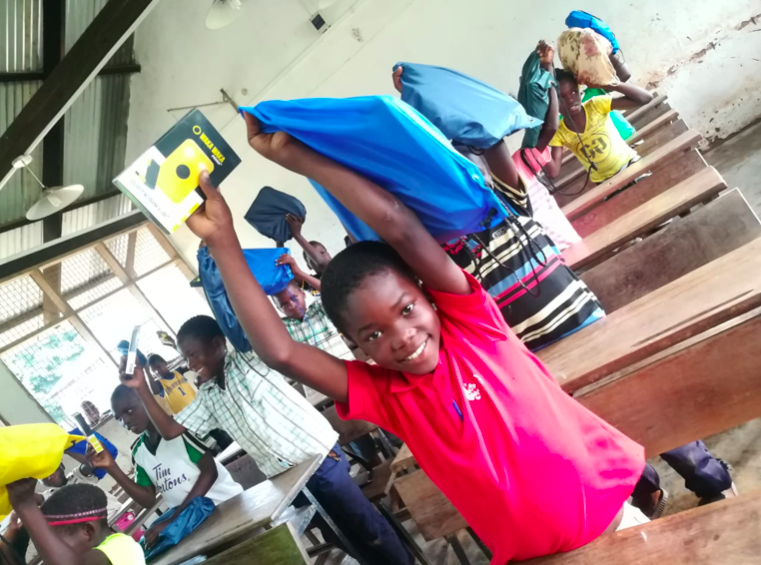 Thousands of children like Thomas are still in desperate need of assistance across Zimbabwe, Malawi and Mozambique. The WakaWaka Foundation aims to respond to these needs and also sent nearly 1,500 lights to Zimbabwe and more than 3,000 to Malawi. An extra 3,270 units are on their way to Mozambique, to be distributed by CARE.

If you want to know more about our impact projects, click here to discover WakaWaka stories from all over the world.