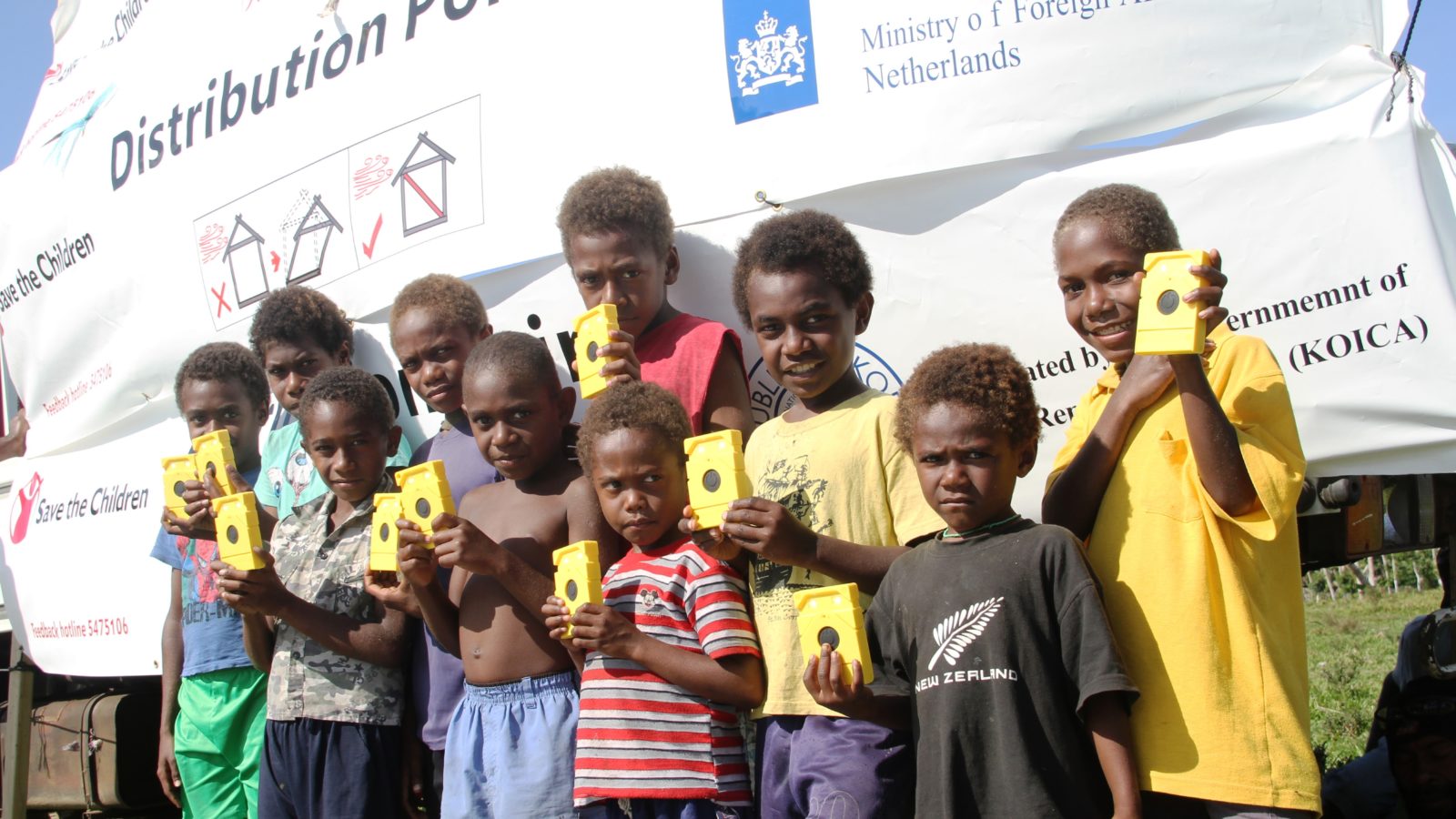 Save the Children shines light on Vanuatu

The most intense tropical cyclone in the Southern Hemisphere, Cyclone Pam is considered the worst natural disaster in the history of Vanuatu. The nation has 267,000 inhabitants scattered over 65 islands. According to Baldwin Lonsdale, President of Vanuatu, the catastrophe has rendered most of the inhabitants homeless. More than ever, there is a need for shelter, food and light.

WakaWaka’s campaign resulted in the donation of 500 WakaWaka Lights to Vanuatu. Our NGO partner, Save the Children, donated another 700. A total of 1200 solar lights were added to shelter kits that also included tents and food. The kits were distributed to families who had lost their homes on the islands of Tongoa and Epi.

This project illustrates WakaWaka’s commitment to working closely with national and international organizations. Our mission is to give 1.2 billion people access to life-enhancing and life-changing light and electricity. We support numerous projects — both big and small — to reach our goal. If you would like to learn more about a specific WakaWaka project, please visit our impact map.