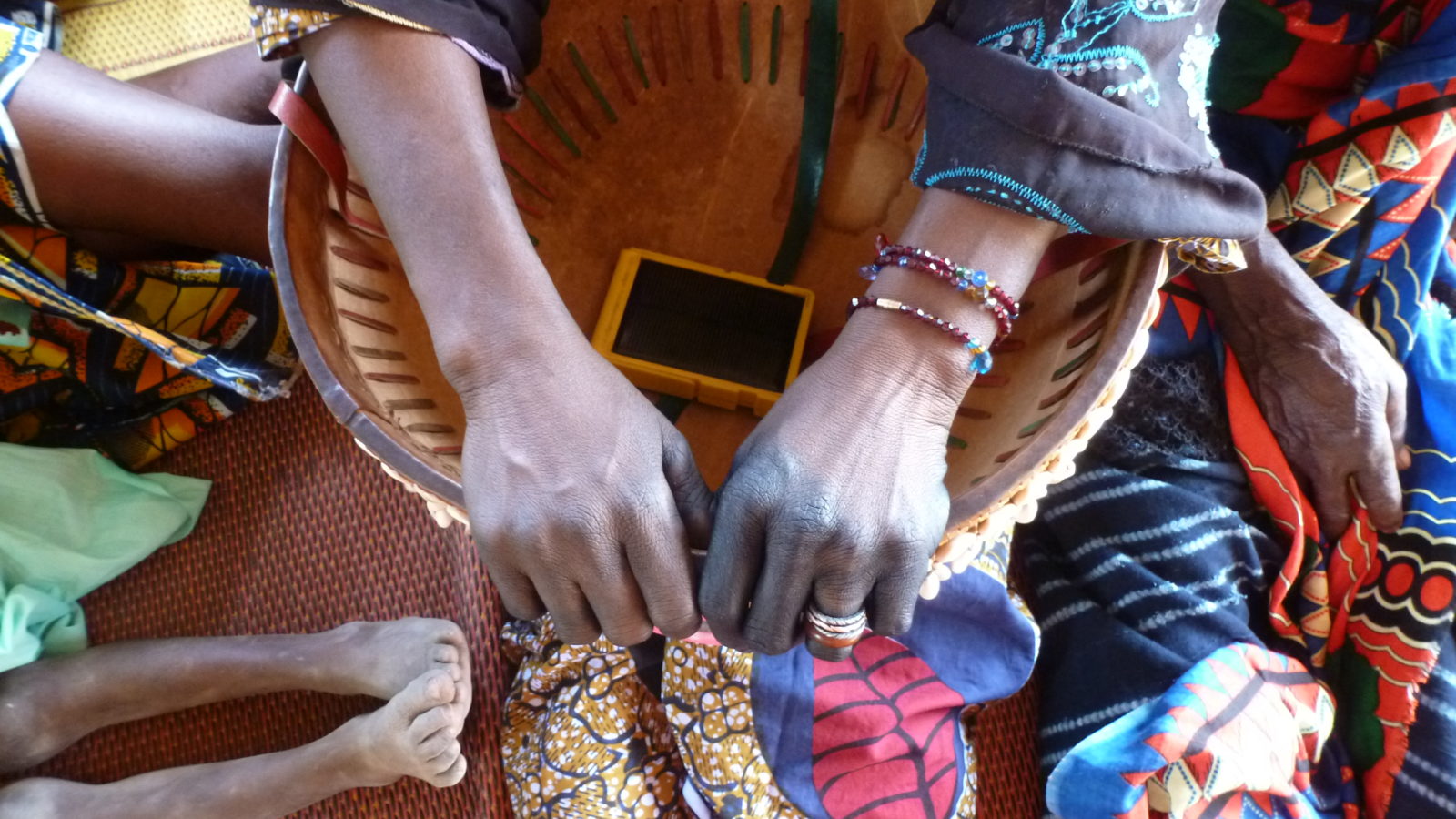 It was in 2013 when the Dogon women in Mali got their first WakaWakas and after two years they are still very happy with their WakaWaka lights. We received a few emails from Jacqti who is from the Dogon Women Initiative, which show that very well. Wherever the women go to they always take their WakaWaka with them and when they are home they will hang it on the wall to make sure that it gets fully charged on a daily basis. The WakaWaka has truly become an integral part of these women their lives.

Besides the WakaWaka the Dogon Women have also received micro-credits that they use to manufacture a lot of new products, such as bags and children’s clothes. The WakaWaka saves them money in two ways; first it cost less than buying batteries and kerosene for dangerous kerosene lamps and secondly it gives them the opportunity to work during the evening hours. In Mali sunset is around 18:00, so the solar products yield them a lot of extra time which they can spend working on their sewing machines. The WakaWaka lights also contribute to the success of another project with the Dogon Women, which is to teach people to read and write. Five groups of women recently started literacy courses, which showed to be a great success. It gives these women more independence.

Jacqi: ‘‘The lamps remain in the hands of the Dogon women, because they paid for them and they use them for their work. The women now earn something valuable and they earn more money then before. This strengthens their social position. They get more respect and more self-esteem. You should look into their eyes, they are shining! They are getting so happy of light! We really do not have to do anything to sell the WakaWakas!”