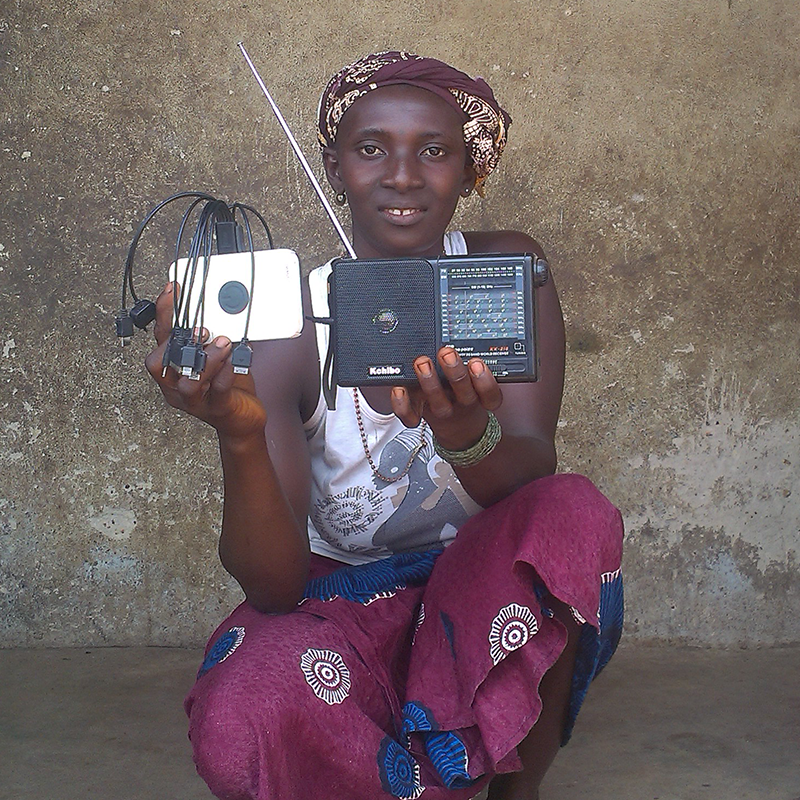 In Sierra Leone, the outbreak of Ebola has devastated the country. It has left over 3,000 dead, and thousands more have been affected.

To help break the spread of Ebola, which is passed on through bodily contact, Sierra Leone introduced quarantine for people who had come into contact with someone who had, or was likely to have, Ebola, so that if they had been exposed to Ebola, and developed the illness they wouldn’t have the opportunity to pass it on to someone else. During the quarantine, people are unable to leave their house. Most people want stay in quarantine, but if they don’t have food or water, people will leave their homes, even with the risks of Ebola, and if they have no money to purchase food, they will break quarantine to continue to work. To ensure that people were able to keep quarantine, households who were quarantined were provided with packages that contained essential items such as food, water, and toiletries, so that they wouldn’t be without during their quarantine, forcing them to break it. In December, Trόcaire and its partners began to work with the local authorities to provide these packages to quarantined households in three districts in Sierra Leone, Kambia, Port Loko and Bombali.

On January 1st, 2015, when the Ebola epidemic was at its height, Hawa Bangura was quarantined along with 14 members of her family in her small home. Tape was placed around their home, and they had to spend 21 days in their house until it had been confirmed that everyone in the home was Ebola free.

Shortly after they were quarantined, one of Trόcaire’s partners, AAD SL, delivered a quarantined household package to Hawa’s household. The package contained essential items for their quarantine, including food, drinking water and toiletries. But as Hawa and her family found, surviving quarantining is difficult, and 21 days is a long time to have to stay in your home, unable to go outside, especially when you share your small home with 14 other people. To help make quarantine more manageable, Trόcaire and its partners provided additional items, beyond the essentials. These include a phone, a radio, and toys for the children in the home. The phone and the radio helped to ease the isolation of the family, though they were unable to leave, they could stay in touch with the outside world, keeping in touch

with family, and also reach out for help if they needed it. This connection with the outside world was important because without it households are more likely to break quarantine.

Hawa’s home, like many who were quarantined in Sierra Leone, doesn’t have electricity. For light, all they had was a torch, which needed batteries to run, and which they couldn’t get while they were in quarantine. They also had no way to charge their phone.

But thanks to the generosity of WakaWaka and Cordaid Trόcaire was able to provide a way for Hawa and her family to have light, and use their phone and their radio while they were quarantined. Over 1500 Waka Wakas were donated, a solar light, to support quarantined household. Hawa’s family was one of the households who received a waka waka, and it made a huge difference to their experience in quarantine. They found the waka waka was easy to use, and didn’t take long to charge, sometimes it only need 30 minutes in the sunlight before they could use it again. They could also charge it without breaking quarantine, slipping it up on the roof of their house whenever it needed to be charged. Hawa and her family said that one of the greatest benefits of the waka waka was that it could be used by the children, so they could read and do lessons, even in the evening.

But besides just being a light, the Waka waka offered more. It also contains USB ports, so it works as a charger. The get the best use out of the waka wakas, the phone and radio Hawa received were both USB charageable, which meant that both could be charged using the waka waka, so they could be used throughout the quarantine. They didn’t have to ration their use, choosing what days they would call their family, use it, or how often they would listen to the radio. And they didn’t have to worry that they might be unable to use them, needing to make a phone call to family, but unable to do so because the phone had no power and they couldn’t charge unless they broke quarantine. Even in quarantine Hawa’s family could keep in touch with friends and family, and were able to follow the news to know what was happening. Even their children benefited, as even though they were quarantined, and the schools shut, lessons were held over the radio, and their children could follow along, meaning their education didn’t suffer as greatly as it might have.

Hawa’s household is now out of quarantine, and they are very grateful for all the support they received, but especially for the waka waka, which they continue to use. Batteries are expensive, and if they had received a battery operated radio, they might not have been able to continue to use the radio after they stopped receiving the support they got while in quarantine. They also would have had no way to charge their new phone. But with the waka waka, they can continue to use these. And with the schools reopening, their children will be able to continue to use it for studying, able to do their homework even after the sun has set. Their whole community has benefited, as they allow their neighbours to also use the waka waka to charge their phones, even buying a special cable set so that any type of phone can be charged on it.