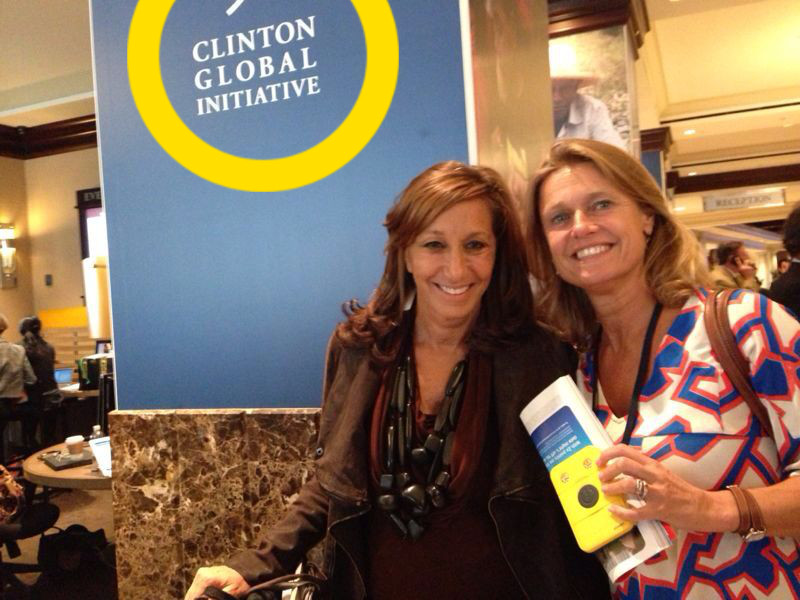 It has been a whirlwind tour with many exciting possibilities and excited people along the way.  Please pull up a seat and sit in on the following meetings! The first stop was India, where COO  Camille and CCO Anthony met market leaders in their
consecutive industries. Peter van der Vorst, a retired senior sales executive for a
large Dutch lighting company, was kind enough to introduce us to his friends and
long-term business relations in the area. As a result we were received with open
arms and had a very warm welcome for WakaWaka. Everyone we were introduced to
became excited about the product and we are still exploring many opportunities
together with them.

In Dhaka, Bangladesh they were introduced to Professor Yunus, a Bangladeshi banker,

economist  and Nobel Peace Prize recipient. We also met up with him at the  Clinton Global Initiative (CGI) in New York City at the end of the  month!

Sri-Lanka was the next destination, where we met more kind people and where we have made some great and lasting connections. Also, we’re very excited to share the news that we will soon be announcing our newest distributor who will ensure that all
Sri-Lanka has access to the purchase of WakaWaka products.

Finally, in New York City, Camille, Maurits and Michiel met for the Clinton Global Initiative together with the WakaWaka Ambassadors of Light; Carine de Meyere and Gerry van der Sluys. An exciting preview of WakaWaka had arrived in New York a week before on Times Square. WakaWaka lit up the square 1265 times!

It was great to be back for the third time at CGI in the Big Apple. WakaWaka is making a name for itself at the highest level of global impact leadership. It gave a lot of energy to be able to tell people how far we have advanced since the last time we were at CGI, also with regards to our CGI commitment.

support WakaWaka. The ‘Power Dinner’ with a number of our crowdfund backers kicked off the start of the events. Donna Karan and Carine de Meyere talked about the possibilities of
WakaWaka. As a result we have the elating news that we will be sold in her Urban Zen
stores. Look for us there soon!

Jeffrey Sachs and James Hansen were also brought up-to-date about the progress of WakaWaka by Maurits . Maurits met K’naan, the world-famous Somalian artist behind the huge hit, Wavin’ Flag. Hillary Clinton was also introduced to WakaWaka

(twice!) and was very enthousiastic about the product and the work we’re doing.

It was very rewarding to see the awe in people’s eyes about how far we have come in just one year. The transparency provided by our global impact map contributed to that significantly.