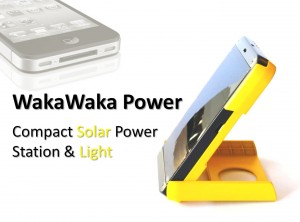 Taking into account that an average household in Haiti consists of 5 people, 10.000 lights means 50.000 people have a brighter future ahead of them.

A total of 7,000 people pledged for this campaign. Some to just get their hands on the new WakaWaka Power solar powerstation, others to help the people of Haiti and get a nice reward in return.

These 7,000 people make it possible for WakaWaka to start an assembly plant in Haiti. The final step in assembling the WakaWaka will be done in Haiti before we distribute the WakaWaka Lights which have been donated. The intention is to have a permanent assembly line there which can create perhaps as many as 100 jobs!

For everyone who missed out on pre-ordering a WakaWaka Power via the Kickstarter or OnePlanetCrowd platforms, no stress! Until March 1st we give you the opportunity to pre-order your WakaWaka Power via getwakawaka.com (click here for the Dutch edition).