For many years, WakaWaka has been a light in the dark for hundreds of thousands of refugees. Amnesty International has been fighting on the forefront for rights for refugees. Therefore it makes perfect sense for WakaWaka that we support the work of Amnesty with a special campaign.  When you buy a Power+ between Nov 10 and Dec 10, we will donate €10,00 to Amnesty International to support their campaigns for human rights, including those of refugees.

We are now facing an unprecedented situation where more than 70 million people have fled their homes globally. This is the highest level ever recorded. Half of them are children. More than 25 million tried to find refuge in another country. The vast majority is hosted relatively close to home in countries like Lebanon, Iran, Pakistan, Uganda and Turkey. In Lebanon for example 20% of the population is refugee and Turkey alone is host to almost 4 million refugees. Wealthier countries encounter a lot of opposition and criticism when it comes to providing a safe haven for those who lost everything.

Refugees are vulnerable and their basic human rights are constantly at risk of being violated. They go through horrors such as persecution or war in their home country and undertake immeasurably dangerous journeys in the hope of finding a safe place. It is our collective responsibility to welcome our fellow global citizens with open arms when they reach our doors.

Amnesty leads thorough research and monitoring on human rights’ violations, takes action to urge political leaders to protect refugees and raise awareness amongst civil society. It is difficult if not impossible for us imagine what someone had to endure in order to make it to Europe for example. Amnesty invited people to leave the comfort of their living room and undergo a refugees journey under hypnosis. The emotions you see are real, what happens next took our breath away…

Have a look at their powerful video Through the eyes of a refugee:

As the International Day of Human Rights is coming up (December 10th), it is time to put pressure on decision makers to take immediate action. WakaWaka takes a stand on the refugee crisis and stands next to Amnesty using the force of our business! Help us support Amnesty’s work by purchasing a WakaWaka Power+ and we will donate €10,00 on your behalf to Amnesty’s campaigns to fight for human rights and those of refugees.

So what are these problems? Displaced persons in camps lack access to all their basic human rights, including to a minimal standard of living that features access to energy and light. 80% of refugees living in camps worldwide do not have access to electricity[1]. As a result, children cannot do their homework in the evenings, which reduces even more their chances of completing their education. The lack of light also creates safety and gender-based violence issues. Access to health is also jeopardized, camps’ medical stations not being connected to the grid. 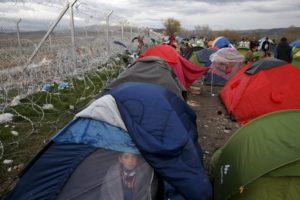 WakaWaka has a history of supporting refugees. To this day, close to half a million Syrian refugees have received a WakaWaka to light up their darkest days and give them at least some feeling of safety and security at nightfall.

Meet Hassan, he flew Syria with his family in 2015 after their home was destroyed in a bombing. Since then, they keep moving from one settlement to another in Jordan.

Meet Johovah, he was facing the risk of persecution back in Ghana and had to leave everything and everyone behind, including his wife and child. He has settled for months in the “jungle” in Samos, Greece, waiting for a decision on his application for asylum.

Meet Mansour, on a shipwreck between Turkey and Greece, her boat got punctured on open waters. After lying for hours in the dark and cold sea, having to see others disappear, she was fished out by a fisherman. She ended up on Kara Tempe camp in Lesbos, Greece. 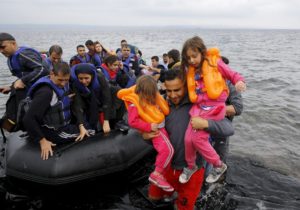 Hassan, Johovah, Mansour and hundreds of thousands of other refugees who received a WakaWaka were so happy to finally be able to make it through the night. Mansour and her friend shared that the solar lamp reminded them of the light appearing in the far distance when they were struggling to survive in the middle of the cold waters.

We want to do more than that! Our impact shouldn’t stop at lighting the way but should continue through trying to empower refugees in their efforts to find a safe refuge, a place to start building a new future for themselves, hopefully able to return to their homeland one day. Will you help us help Amnesty to fight for their rights and all human rights to enable a safe future? Buy your WakaWaka Power+ before December 10th and 10€ will be donated Amnesty’s human rights campaigns.